Is Australia Suffering From A Shortage Of Properties?

Entering the property market for the first time can be daunting, especially if you’re unsure whether your ideal home will be available for sale. Recent analysis has suggested that Australian property is in short supply, but will this remain the case?
BIS Shrapnel’s Building in Australia 2015-2030 report doesn’t seem to think so, as it predicts that the market could in fact be oversupplied as early as 2018…read more here

The Property Council of Australia recently announced that record levels of construction across the country are expected to continue throughout the 2016 financial year. This is great news on so many levels! Not only does this mean continued support for local businesses, builders and contractors, but also a prop for the economy and a shot in the arm for housing supply…read more here

The recent announcement to hold the cash rate at its historic low of two per cent was expected across the industry and welcomed with enthusiasm. But what could the impact be on the cost of houses for sale? There are some strong opinions on the way forward for real estate in Australia.
One thing’s for sure – affordability of houses for sale is something that needs to be addressed at the highest levels. Recent debate in federal parliament suggests that the issue is still very much on the radar, but it’s important that it doesn’t become a political football. Rather, steps need to be taken by all concerned to produce a more equitable real estate environment…read more here

We’ve all heard the claims that construction, home loans and real estate in Australia are some of the biggest drivers of our economic recovery, but how true is this? According to recent research commissioned by the Property Council of Australia, more than you may have previously thought.
The report, titled Economic Significance of the Property Industry to the Australian Economy, reveals that the industry is the largest single contributor to the economy, producing around one ninth of GDP. In fact, the report suggests that one in four Australians derive a wage from property or related activity – that’s an incredible stat!…read more here

The Effect Of The Australian Dollar On The Property Market

It seems the eyes of the entire country are on two things – the property market, and the Aussie dollar. As can be expected, there is a significant interaction between the two major financial indicators, and lots of speculation on which direction each will take as the financial year continues…read more here

Sometimes no news is good news, and this is especially the case when the cash rate is left unchanged at historical lows. Following the record-breaking decision to cut the OCR by 25 basis points in May, the Reserve Bank of Australia (RBA) has decided to stay its hand at the latest meeting on June 2, resulting in a sustained period of accommodative monetary policy. While RBA governor Glenn Stevens has left the door open to change in the future, pending analysis of forthcoming economic data, it seems the overwhelming trend is one of monetary policy that will stimulate growth in consumer and business demand. Basically, this translates into low rates for a while to come…read more here

Western Australia is a state on the move. According to the latest population figures published by the Australian Bureau of Statistics (ABS) the state is the nations fastest growing as at June 2014, with a 2.2 per cent increase for the year. Although down from the previous year’s 3.3 per cent, this is still an impressive rate of growth…read more here

After so many years of home owners yearning for growth in the real estate industry in Australia in New Zealand, it seems 2014 really delivered on the promise of brighter days ahead. Real estate in Australia is nearing its second year of effective recovery, while New Zealand is about a year ahead, recently passing it’s third anniversary of sustained property activity…read more here

Auctions Picking Up In Perth

Auctions, traditionally the selling method of houses for sale on the East Coast, are gaining in popularity in Perth and Western Australia. According to research by the Real Estate Institute of Western Australia (REIWA), the auction process could be shaving off precious weeks for vendors. This could be particularly important in a market where stock seems to be sticking around for longer than usual…read more here 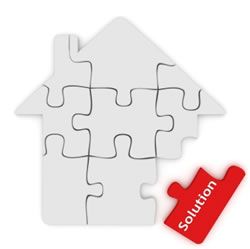